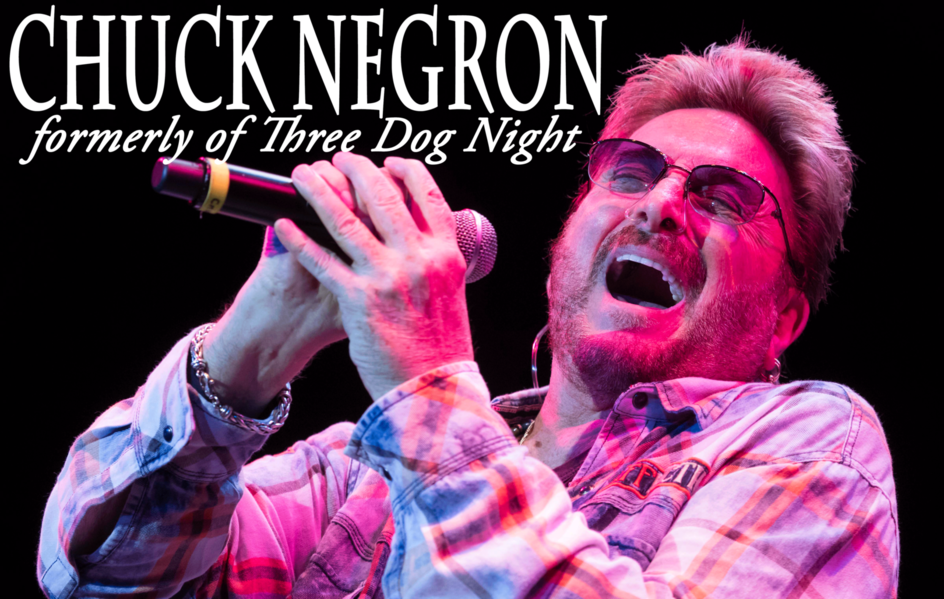 11 never before published chapters in Chuck Negron's own words. 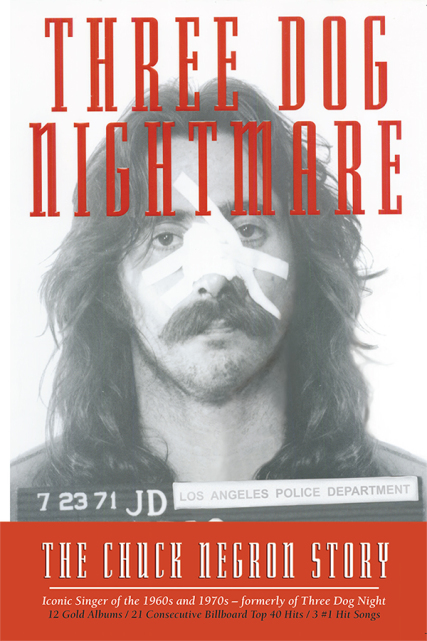 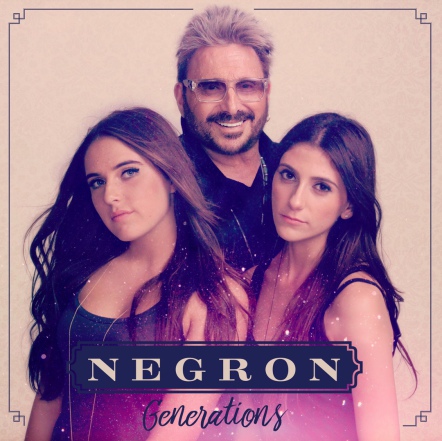 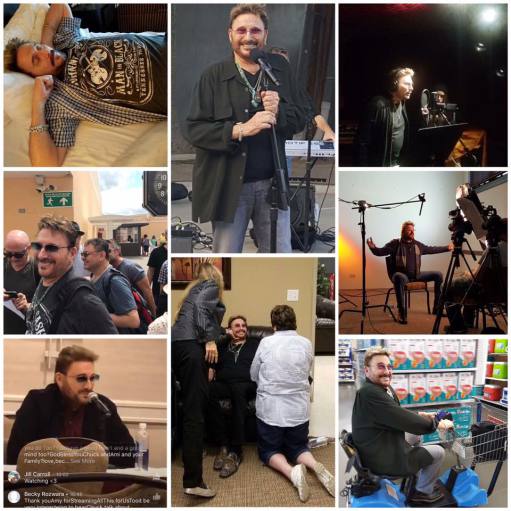 Gain access to Chuck Negron's vault of exclusive content! Official Fan Club Members will receive signed and personalized photographs of Chuck plus a gift of your choice! Online, access live performance streams, videos and photos of life on the road, late night adventures with the crew, interviews, behind the scenes moments, and more! Be a part of this exclusive group of Chuck's most dedicated fans!! Click HERE to sign up! 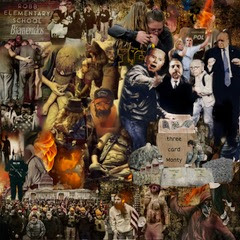 Before my birthday last week, I found it difficult to comprehend that I would soon be 80-years-old not just due to the lifestyle I led when I was younger, but also due to my confusion and concern as a child about the life expectancy of human beings.

When I was just 12-years-old hanging out with my friends at the corner candy store, I overheard a neighborhood man telling his friends he was turning 30. Immediately I thought, "This poor guy is going to die soon." Actually, life expectancy in the 1950s peaked at 66.8 by the end of the decade. When I turned 30, I was aware there were those saying I would be the next musician to die, but that's another story.

When social commentary, humorous anecdotes, and satire are stifled or abandoned for fear of irreparable damage inflicted upon those who inform and enlighten our burden with humor, we are taking another step towards the end of freedom of speech.

In the 1950s and 60s, Dick Gregory and Lenny Bruce were shut down for their social commentary on outrageous injustice to people of color and the fight for freedom of expression and speech. Today, the news, whether it be from network, cable, print, Internet, or social media, as well as late night TV only offer a diatribe of limited thought coming from humorless lemmings who beat the same tired horse to death over and over again signaling the death of intellectual thought, balance of ideas, and introspective Comedy.

Much humorous social commentary is realized after hearing or reading absurd falsehoods that are so ridiculous that they're funny. George Carlin was great at this, but today he might be attacked and demonized for his humorous insight. In our current political climate, if you don't fall in line and embrace the ideology much of the media shoves down your throat, you will be ridiculed and cast out. Threatening, shaming, assaulting, or ostracizing others has only served to widen the divide by harming those who have never harmed you nor wish you ill will! This "pound of flesh" scenario is fathered by hate and strives on power and control.

Throughout my life, I've seen wondrous progress--miracles in medicine, technology, and science; however, with all the wonders my generation has witnessed, it's uncomfortably clear that Politicians appear immune to change, growth, and a commitment to the rule of law. The primary purpose of these relics seems only to advance their agenda and to accumulate power and wealth. As takers and hustlers, they are pimping us out and selling our resources to the highest bidder with no remorse nor allegiance to the country they have sworn to protect and serve.

These panderers of chaos who offer citizens no more than smoke and mirrors, gibberish, and "Three Card Monty"-like choices to the serious issues this country is facing must be confronted and made accountable. Far too many who enter the political arena, even those with grandiose visions of goodwill to the country who respect the rule of law, eventually fall victim to the intoxicating allure of power and wealth.

Even violent crimes perpetuated against the citizens of this country are now clouded with inaccurate statistics and outright lies. One would think the slaughter of children would warrant honesty and accuracy, but politics trumps all decency and integrity. It's impossible to solve a problem when all resources are allocated away from the actually issue which is often the Mental Illness of the perpetrator. We live in a time when anarchy is a staged production employing looters, arsonists, and rioters as the primary cast members. The performance is rehearsed and choreographed by political actors who exhibit no allegiance to anything or anyone except the acquisition of  power and wealth.

It is my belief that most citizens of our now drastically divided country oppose politicians, organizations, corporations, and institutions who condone and employ fear tactics, including social and economic exile, to those who disagree with them. These dangerous and hostile actions are killing the American dream and destroying Americans. The purpose of stifling speech, slandering, and demonizing others who think and believe differently is to squelch any point of view other than their own. Censorship is the preferred action when lies lose their power and no remedies nor constructive ideas are forthcoming. Calling out everyone you want to silence as White Supremacists or racists is evil for the intent is to create fear, anger, and division ending all constructive measures.

What must parents, siblings, and relatives of our fallen and disabled warriors feel when they see our leaders neglecting our veterans and giving away much of what these courageous soldiers fought for?

What must they think when the leaders of our country send billions to aid other countries to support their soldiers and civilians fighting to stop those invading their borders in hopes of defending their sovereignty, yet these same leaders allow our borders to be overrun with drug smugglers, human traffickers, and those simply seeking a better life? Daily, we hear the reckless redirect from inept hacks that bring us closer and closer to World War III for no one they know will be fighting. Rarely will you see them in combat on the battlefield as that battle is left for our children.

You may feel helpless believing you have no power to make a difference, but that mindset must change. You must, we all must, confront those responsible for these obscene tactics making them accountable for their reckless, predatory, and, at times, illegal actions with your vote. In this disingenuous landscape and political climate, those being assaulted and affected by these tactics must use their right to vote instead of simply sitting in their favorite chair complaining about crime, violence, gas prices, inflation, school curriculum and unsafe classrooms, the border, etc.

Accountable and responsible citizens can remove those who are destroying the rule of law and chipping away at the Constitution by voting them out of existence.

Only about 55% of Americans vote so think how much power and influence YOU would have simply by voting and raising the percentage to 60 or 70%?

Get out and VOTE!

In Loving Memory of Cory Wells 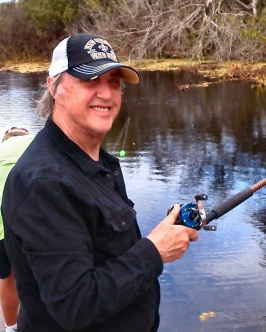 A Letter To Cory Wells

You might think that something that happened almost fifty years ago might be
vague or possibly inconsequential at this moment in your life, but that is not the case with my memories of Cory Wells.

It's 1967 our first live gig at The Earl Warren Show Grounds in Santa Barbara Ca. The show began unceremoniously and awkwardly for the three lead singers. While finding our way on stage searching for a persona, an identity, to complement each other ...Cory begins to dance all over the stage engaging the audience making it very clear to me, and probably Danny, that he and I better loosen up and create some excitement on stage not only with our voices but with a physicality designed to excite.

Cory created that mind set and ultimately how Three Dog Night would present itself. We followed his lead and became the most exciting rock band in the world.

There was a calm and tolerant side of Cory that he exhibited in uncomfortable and stressful situations.

It was possibly one of the best sides of his personality along with his sense of humor.

I loved so much about you and those special things are how I choose to remember you.
Save me a seat in the choir my old friend.
Chuck 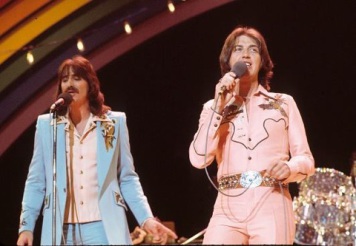 For his live vinyl & memorabila sale

The Global Pandemic is continuing   to  impact the ability for for Chuck   to tour and perform on stage.

This has in turn, left fans disappointed by Chuck's absence on The Happy Together Tour.

To clarify any misinformation:

Chuck is in good health.

However, he has a pre-existing lung   condition that involves COPD and very damaged lungs. That combined with his age puts him in the high risk category for covid 19 complications.

It is most important to Chuck and his family that he remain at home where he is safe from exposure.

What Can You Do To Show Your Support?

You can support your favorite Music Artists during the pandemic by purchasing their merchandise, buying their cds, digital music or simply by streaming their music online through platforms like Pandora, Apple Music, Spotify and Revebnation.

Music Artists receive streaming royalties each time you listen so it's a win-win! 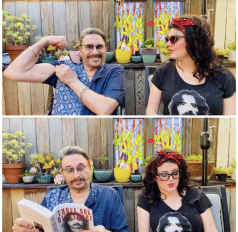 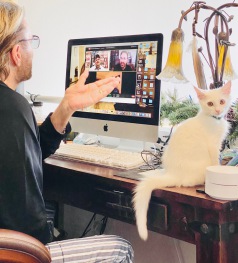 One of a Kind Handmade 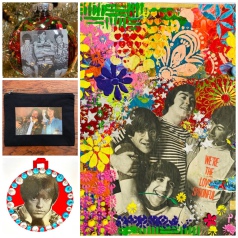 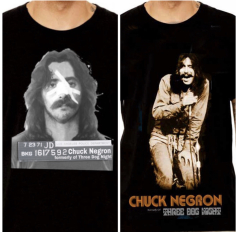 Oxyview glasses have allowed Chuck to continue rocking out in style while receiving necessary oxygen therapy for his COPD. Visit Oxy-view's Website

to learn more about this incredible product! Read about Chuck's experience with COPD & Oxyview here. 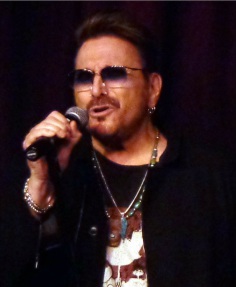 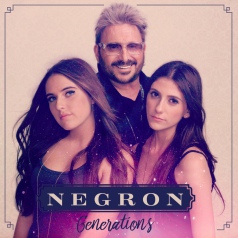 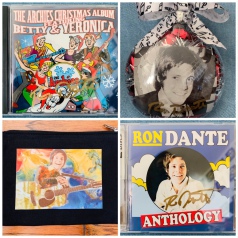 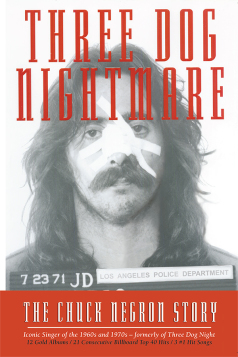